A downloadable game for Windows and macOS

It is about a trash collector who discovers something during the curfew.

Special thanks to Alina Constantin

I love the way the game pushes you through these alleys, and you discover the story in what feels like an organic way. Very short walking simulator, but I love games in this style. Very well done!

This game was a really great game! It was a really interesting concept on story telling from a perspective that a lot of people don't think about. And it was really well done! (Video below if anyone wants to watch!)

The gameplay incentivises the player to explore and hence see more of the story and the world. It's a really well done way of intertwining the game and story! The story itself was really goof; it starts of making the player question things and confuse over what is happening, and as it develops, it could be seen as creepy and then once everything makes sense, it's very bittersweet.

The environment and ambience was very well done, it was very captivating and embraced the player really well.

thank you for your sweet words!

Thank you for playing our game. I really enjoy your analysis and explanation of our story at the end.

lol I have no idea if I was getting any of it right but part of what I enjoy about a game like this is using your imagination to figure out whats going on :)

Thank you for playing our game. 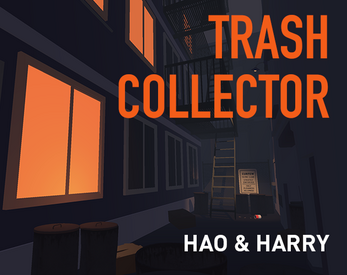